Write city council members and the Portland Police Association (PPA) demanding that PPA cede any claims on Portland Street Response labor. This is not police work.

Send letters or make calls to make these demands clear. Please let both PPA and City Council know that our community overwhelmingly supports the Portland Street Response approach, and that our community’s well-being should never be a bargaining chip. Now the PPA is in contract negotiations, the city must hold firm to its authority over the future of PSR.

Additionally, Portland Street Response must not be used as another bargaining chip for PPA. Unite Oregon is helping lead a campaign to ensure other items favored by the community, such as the new system for oversight that voters approved, are not negotiated away. Read about it here.

Street Roots commissioned a survey with McKelvey Consulting to assess the public perceptions around crises response in the Portland metro area. More than 400 random registered Portland voters consented to the survey via a text-enabled phone number. The survey was conducted March 9 and 10, with a 67% response rate. Of the respondents, more than 10% identified as a person of color. Respondents were asked a series of questions on their preferences between police and non-police responses, and who were best equipped to respond to situations of crisis.

Here are some questions and responses, which show an overwhelming support for programs like Portland Street Response:

The city launched the Portland Street Response program on February 16. It is in a pilot phase, limited to the Lents neighborhood. We want to see the pilot completed, and the program expanded.

The city’s Portland Street Response program is finally real! They have staff, staff is going through training, pilot coverage area and times have been named, and there is a timeline for the next phases! There is even an official City website for the program — click on the button in our banner to visit them and find out more.

Thank you to all who have supported Street Roots’ advocacy — you all helped us get this far. We have received endorsements from:

Going forward, we will maintain this website to continue advocating for the City to see this program through as well as possible.

Please contact Mayor Wheeler, Commissioner Ryan and Commissioner Fritz and ask them to prioritize funding for Portland Street Response rather than police in the budget discussions taking place tomorrow.

Here are excerpts from Kaia Sand’s editorial in this week’s edition of Street Roots:

Mayor Ted Wheeler is protecting the police budget while cutting a portion of the Portland Street Response budget.

Election Day is November 3rd.  Don’t forget to vote. You can drop off your ballot at any of the Official Ballot Drop Sites.

Here is a graph of voter turnouts for Multnomah County, compared to the last Presidential Election in 2016.  This graph will be updated daily until Election Day.

Senator Ron Wyden has proposed a national alternative to using police as first responders to mental health crises. The CAHOOTS Act is modeled after Eugene’s eponymous program, operated by the White Bird Clinic. CAHOOTS is also the inspiration for Portland Street Response. The nation-wide program would provide 95% Medicaid match for local municipalities that implement such a program.

OREGONLIVE.com / The Oregonian reports that

Cahoots fields about 20% of all calls to 911 and the non-emergency line in the greater Eugene area.

Program leaders estimate it saves $7 million annually in medical costs because the so many of the people the non-police teams help would otherwise end up in emergency rooms.

Read Senator Wyden’s statement here.  There are links to a summary of the bill and the complete legislative text at the end of his statement.

U.S. Rep. Earl Blumenauer held a virtual town hall meeting with special guests U.S. Rep. Ayanna Pressley and City Commissioner Jo Ann Hardesty this afternoon at 4 p.m.  In a wide-ranging and lively conversation, many subjects were discussed, including the current protests against police violence and systemic racism. Listen to Commissioner Hardesty discussing Portland Street Response in the context of police reforms and reimagining public safety in the following Youtube video starting at 35:32.

UPDATE  Jun 18: City Council approved the budget yesterday, including $4.8 million for Portland Street Response. Thank you to all who contacted City Council in our support!

News coverage of the vote:

Final statements from Commissioners before the vote:

In our streets and across the nation, people are demanding that cities dismantle unjust police power. Here in Portland, timing is on our side to demand bold action because city council is set to vote on the proposed city budget this Wednesday (June 10th).

A few weeks ago, it was likely that we’d see the $246.2 million police budget roll forward.  But thanks to courageous demonstrators, the conversation has shifted.

We need you to take action and tell Mayor Wheeler and Commissioners Eudaly, Fritz and Hardesty that we need the budget to support a just vision of public safety.

Today, tomorrow and Tuesday, please ask them to fund Portland Street Response to move us away from police-based solutions.

As is, city council is set to roll forward the one-time funding for a single pilot. But now is the time in which we demand that the city designate ongoing funds so multiple pilots can simultaneously run across the city – not just in one neighborhood – transforming into a city-wide program. We need to speed this up.

In addition, Street Roots joins voices across the city to defund police programs that that perpetuate racist and militarized police practices. It is time to shut down the Gun Violence Reduction Team, the renamed Gang Enforcement program, which city auditors showed severely over-policed Black Portlanders. Here is a list of demands from Unite Oregon and Portland African American Leadership Forum.

Please make your voices heard with city council over the next few days. Let’s get loud …  and fund what moves us toward a more just city.

Please increase funding for Portland Street Response in the proposed budget that will be voted on this Wednesday, June 10th. In our streets and across the nation, people are demanding that cities support a just vision of public safety. PSR is a great first step to move us away from police-based solutions. Please designate 4.8 million dollars in on-going funds so multiple PSR pilots can simultaneously run across the city – not just in one neighborhood. We need to speed this up. 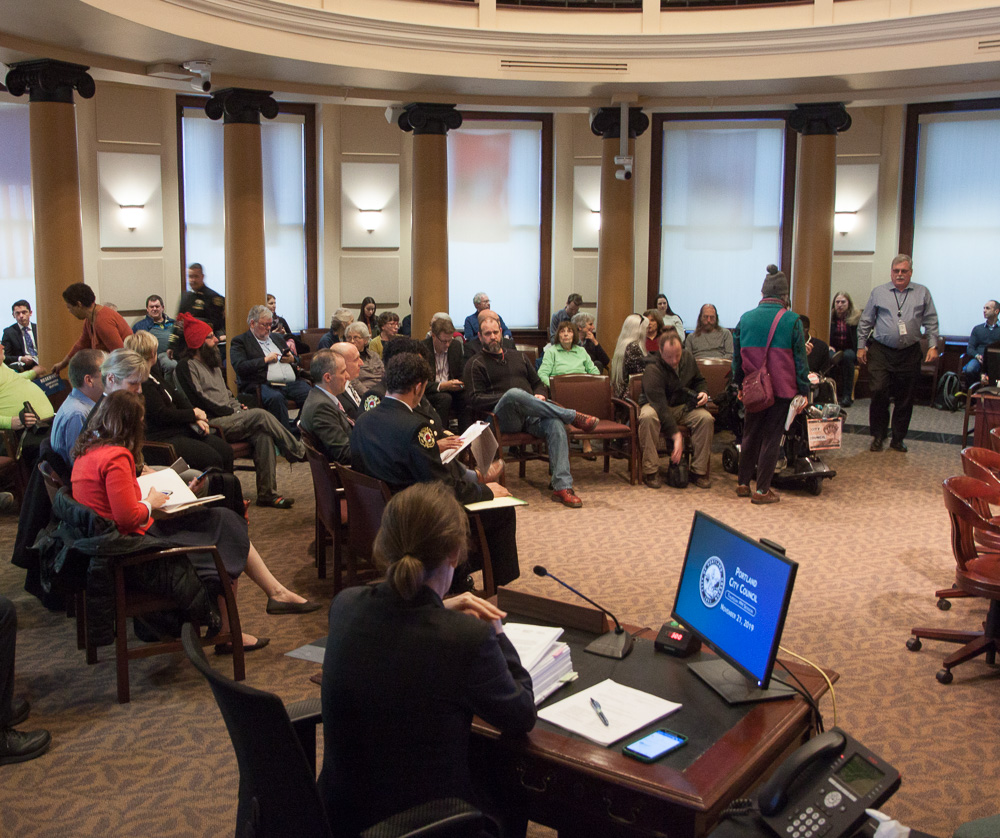 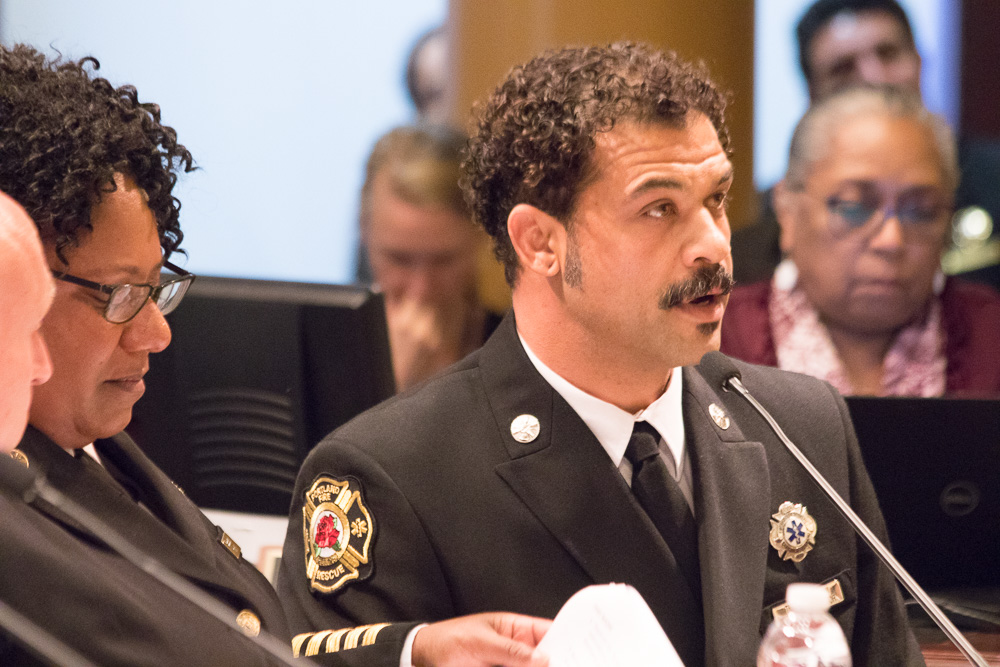 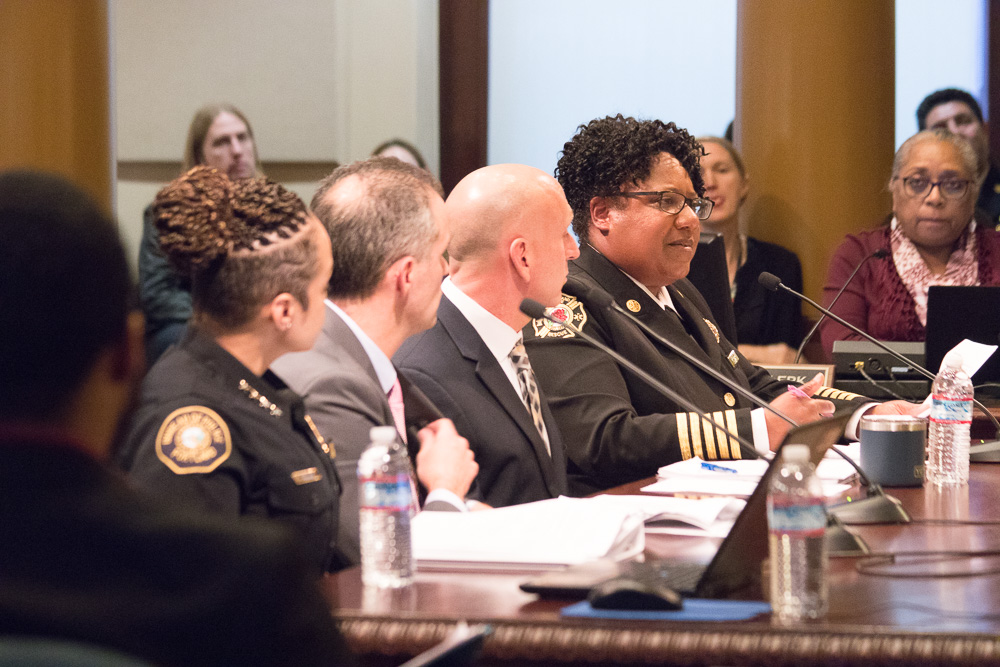 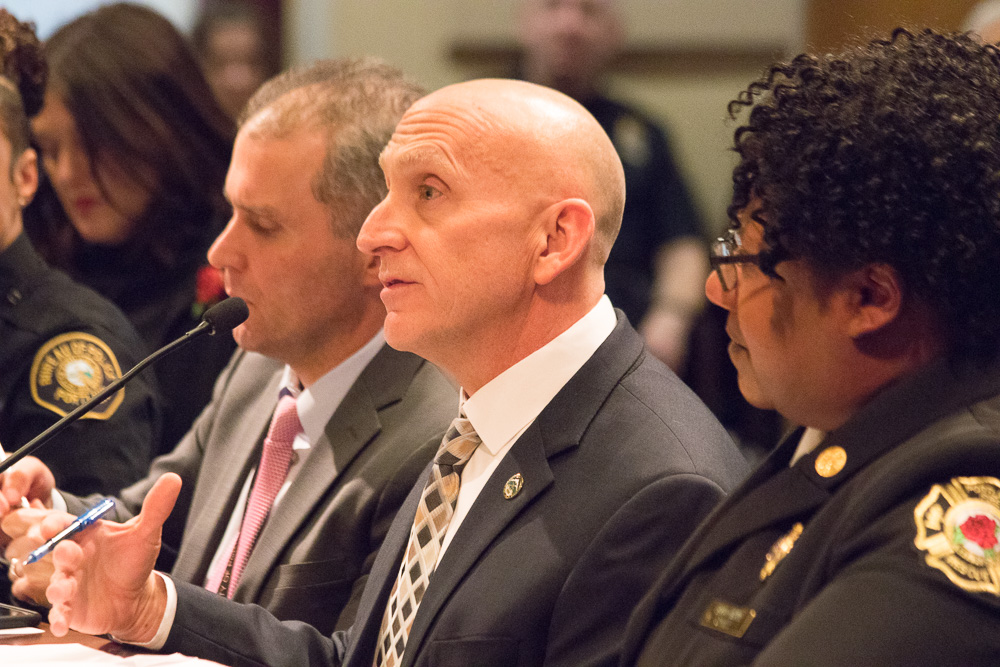 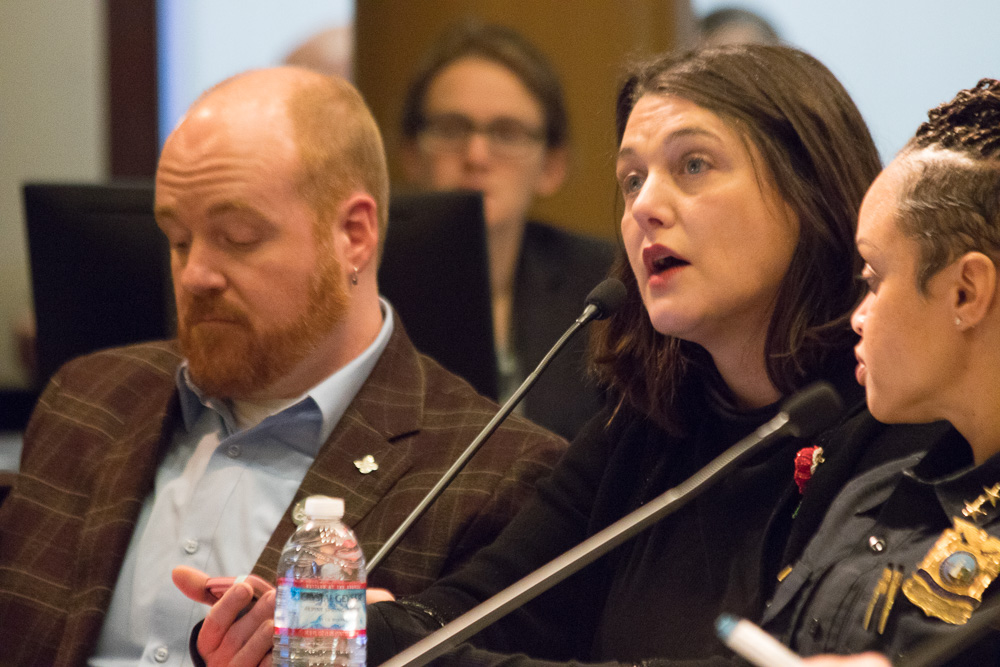 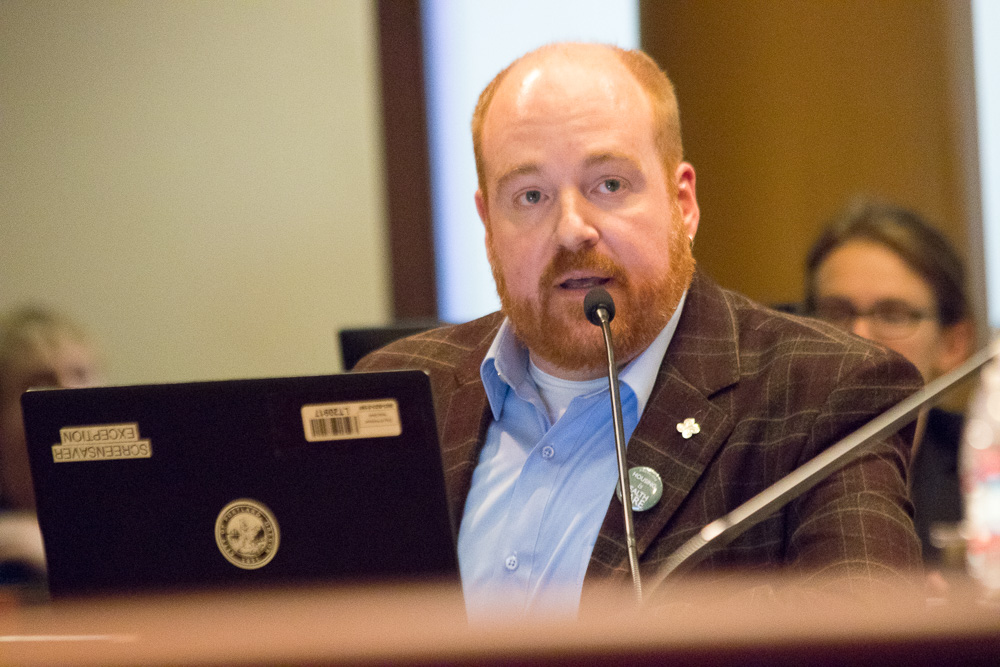 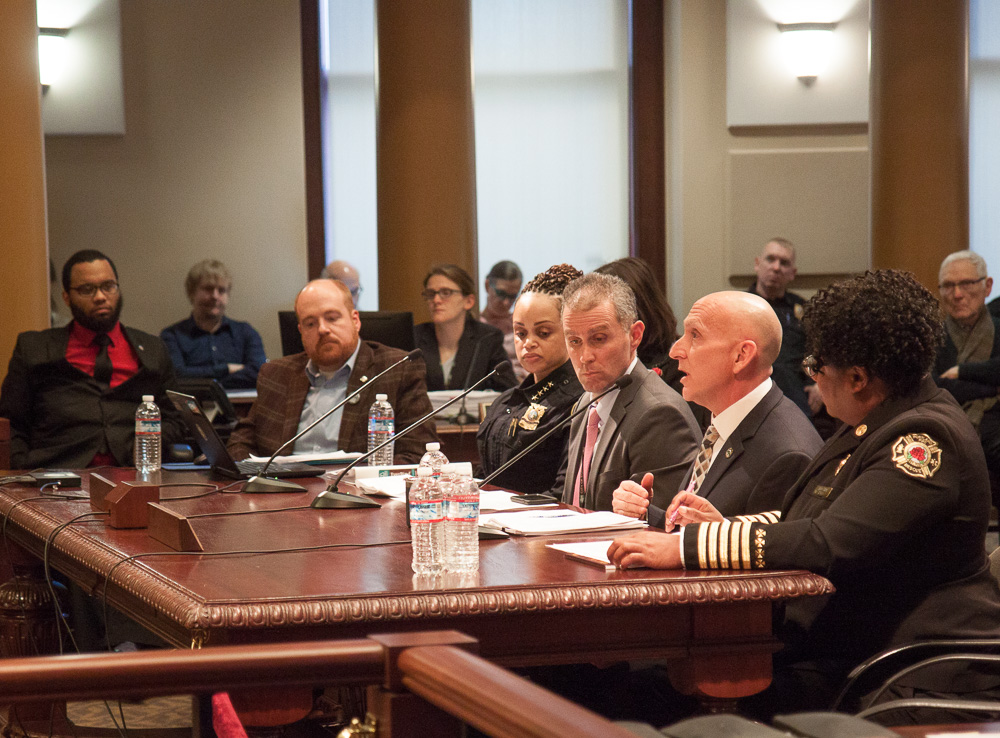 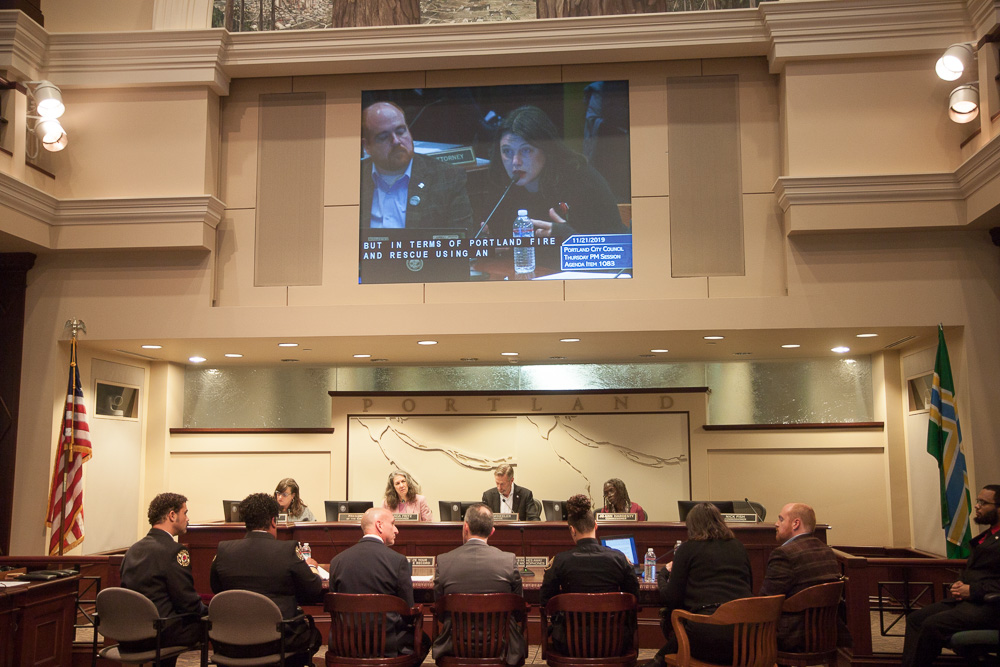 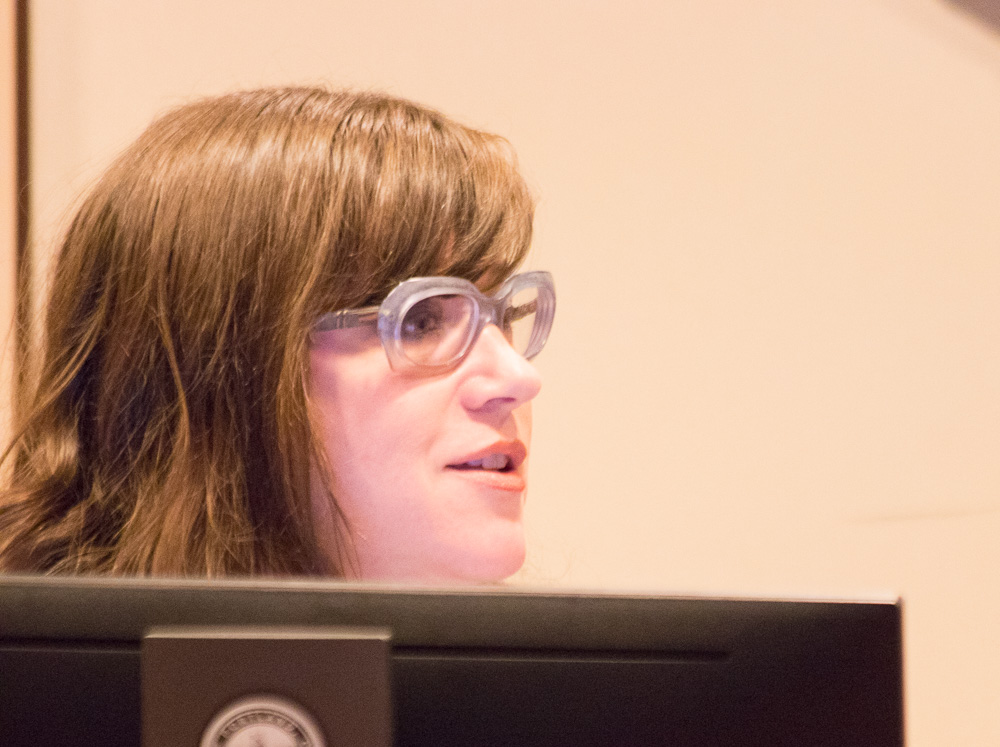 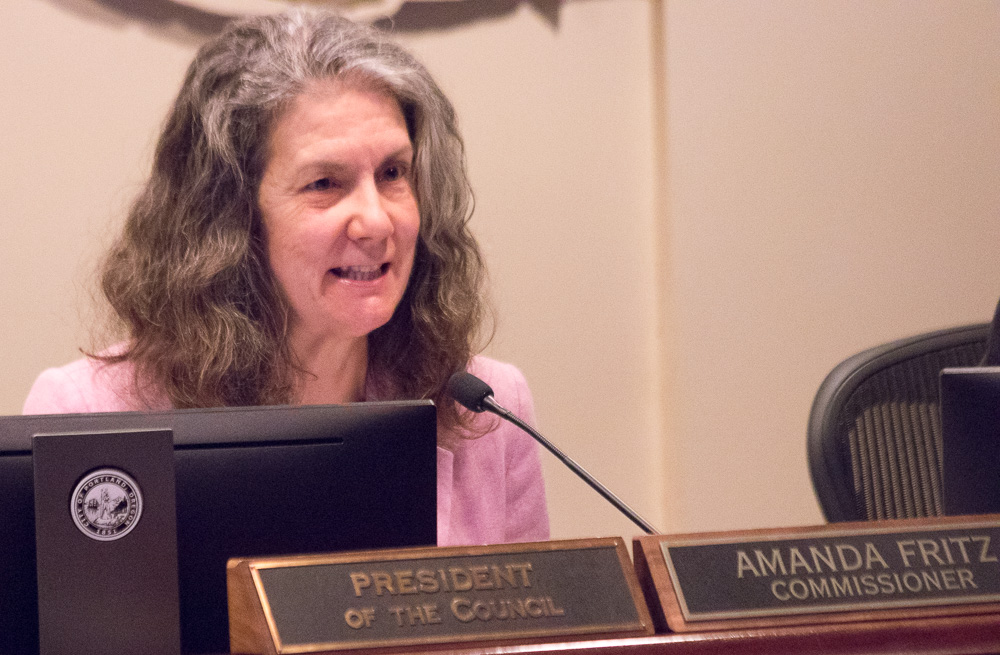 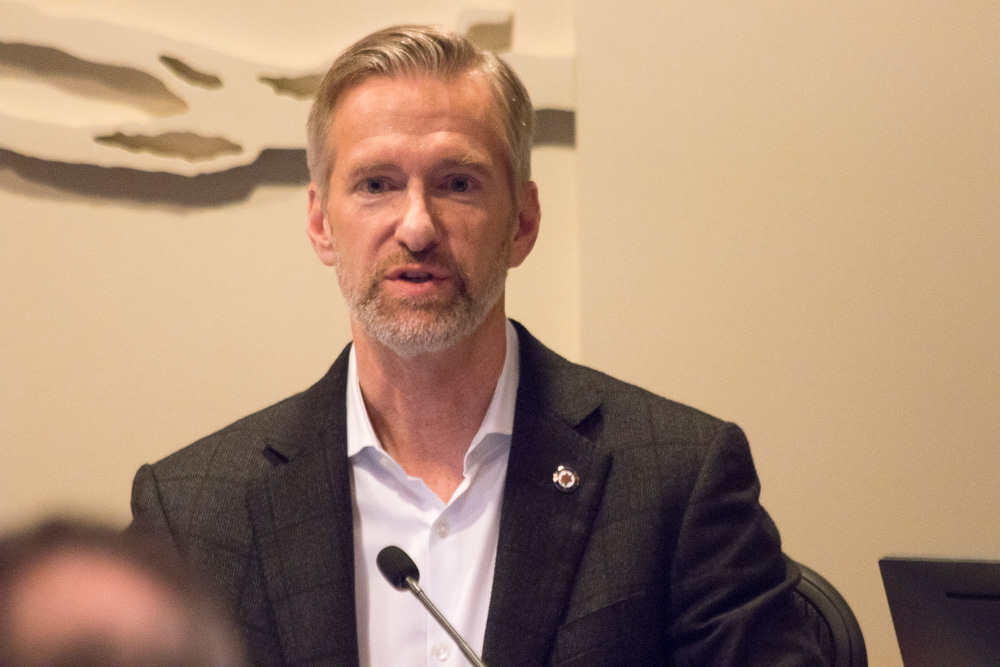 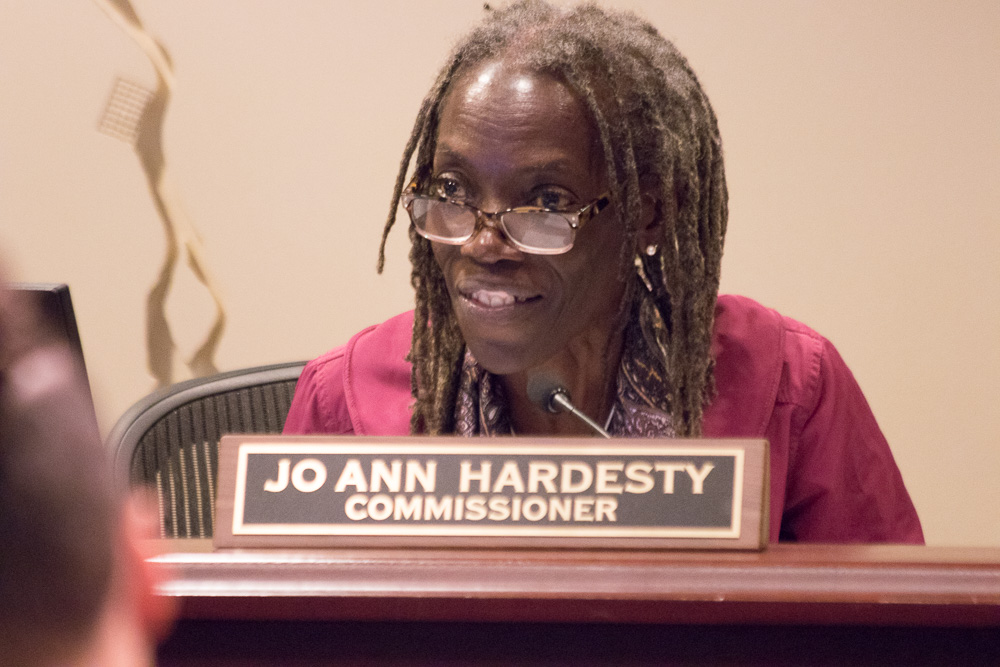 This is an important milestone! Let’s pack City Hall to show council that we need the right response to the right call at the right time. We need a modern 1st responder system that responds with compassion to those in crisis.

The public meeting begins at 2 p.m. Please note that public testimony is not accepted for reports.

If you haven’t yet endorsed the Portland Street Response, endorse now and your name will be included in the list presented to council on Nov. 21st.

This has been an extraordinary journey so far, and we are proud of the role played by Street Roots’ newspaper, vendors and advocacy – an effort that emerges out of our 20-year history.

Hope to see you Thursday at City Hall, and onward we go!